How To Improve Self-Confidence with Self-Hypnosis 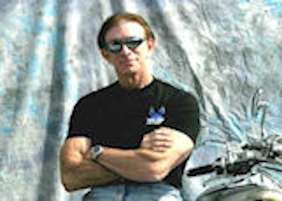 Improve self-confidence: Have you ever wondered how to do it?

Self-confidence is the ability to believe and trust in one’s own abilities, qualities, and judgment. For those who lack it, how to improve self-confidence can become a life-time pursuit.

People who develop low self-esteem or a social phobia find it difficult to achieve success in relationships, academic areas and career. They often go through life afraid to risk trying, for fear of failing.

“The moment you doubt whether you can fly, you cease for ever to be able to do it.”
-J.M. Barrie, Peter Pan

Research shows that many key factors can lead to a lack of self-confidence:

Unrealistic expectations may also cause a person to doubt their abilities.

“Low self-esteem is like driving through life with your hand-brake on.”
-Maxwell Maltz

When a person wants to know how to improve self-confidence, there are many traditional treatments available. Self-help books that promise to build self-confidence are available everywhere:

Self-confident people believe in themselves and their own abilities. 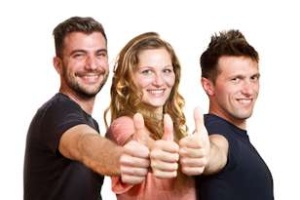 In contrast to a person who lacks self-confidence, a self-confident person believes in themselves and their own abilities. They are able to learn from mistakes and focus on success, rather then fear more failure. They are confident in their ability to overcome obstacles.

Self-confident people are more successful within their careers and personal relationships. They can face problems within these without blaming their own capacity. They are more willing to risk the disapproval of others because they accept themselves.

So then, how to improve self-confidence and become the person you always knew you were? 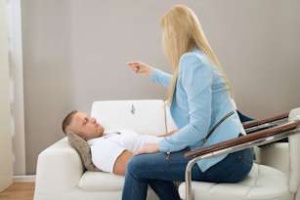 Using a pendulum is an old school way to induce hypnosis. The client focuses his attention on the pendulum to distract his conscious mind. This method is rarely used by professionals today.

Hypnosis for confidence is a natural, innovative alternative to develop self-confidence. A trained professional can help a person change their view of themselves to positive in a few short sessions. In a hypnotized state, you will be able to relax and take in suggestions made through conversation and stories. Confidence hypnosis is effective in most cases and has been used for decades.

Generally consulting hypnotists will make use of traditional hypnotism. Traditional hypnosis generally relies on a formal hypnotic induction. This is a procedure that leads the client from the waking state, into a hypnotic state.

This form of hypnotherapy is great for people who like to be told how to behave. But, it is a terrible method for subjects who are overly analytical in their nature. An analytical patient will generally have a polarity response and do the opposite of what they are told to do. 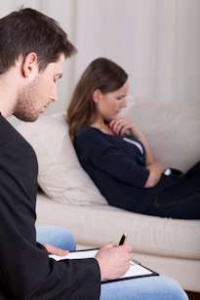 With “Ericksonian Hypnosis,” also known as “Conversational Hypnosis,” we use anecdotes, or metaphors, to insert ideas and suggestions to the subconscious mind. This is a powerful method, because it generally removes the blockage of and resistance to post-hypnotic suggestions that is usually caused by the conscious mind. There are two kinds of metaphors, “Isomorphic,” and those of the embedded command or “interspersal” nature.

A revolutionary treatment called Neuro-Linguistic Programming is often used along with hypnosis on how to improve confidence. A simplified explanation is that NLP is the discipline of re-tasking the same thought practices that produce a destructive behavioral or emotional problem, to eliminate it and exchange it for a positive one. 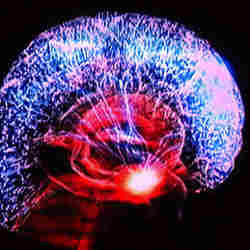 One powerful NLP technique is called the ‘Flash’ or ‘Swish’. The “Flash” is a technique that trains the unconscious mind to instantly replace stressful emotions with  mental images that give positive feelings. Positive thought patterns boost self-confidence and will change your outlook. Basically, your unconscious mind is programmed to trigger feelings of confidence when you feel a lack of confidence!

NLP Anchoring: Have you ever listened to music and found that it brought back feelings from a past experience? When you originally heard the music, you were feeling those emotions, and they automatically were attached to the sound of the song. So the song became an ‘Anchor’ for the emotions that you were feeling. Now when you hear the song, it triggers the same feelings again.

Anchoring can be a very useful system. Imagine that you have a memory of being honored for having done something above and beyond in the past. If you plunge yourself back into that memory, you’ll trigger the same feelings of self-worth and confidence that you felt at the time of the original experience. If you press two fingers together, say your thumb and your middle finger on your left hand as you re-experience those feelings of self-worth, that touch becomes an anchor for the feelings of confidence and self-worth.

Now imagine that you wish to have a way to bring back those feelings when you feel a need for them. If you create an image of yourself in a situation where you want to feel confident, and at the same time you trigger the anchor by pressing the two fingers together again, your subconscious/ unconscious will associate the feelings of confidence and self-worth with the imagery of you in that situation. Thereafter, whenever you find yourself in that situation, you’ll find that your feeling of confidence will have increased dramatically. In addition, when you are in that situation, you can trigger even more confidence by pressing the two fingers together. 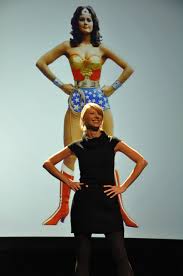 Belief is a factor that is needed for self-confidence, as well as accomplishing any goal! The Belief Change Pattern can be used to modify how a client ‘sees’ a situation in their mind’s eye. So consequently, it is possible to guide an individual into believing whatever he/she needs to believe to feel highly confident. For an in-depth look at this technique, check out the following article: How To Get Motivated To Exercise Using Hypnosis & NLP.

Neither complete confidence hypnosis, nor NLP, require painful probing into past issues. They are easy and safe and begin to work immediately. 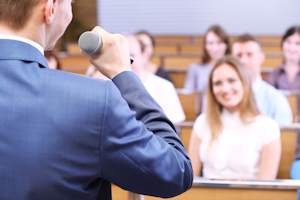 Michael Stoner wanted to know how to improve self-confidence for his job. He gives talks in front of small groups of people. He was experiencing stage fright and had a very hard time because of his nervousness.

Michael purchased the “Self-Confidence!” Self-Hypnosis and NLP CDs program to improve self-confidence. After listening to the CD’s for only a few days he could already feel a difference. After several weeks of listening to the program, he was amazed at how confident he began to feel.

Michael reports, “Now I even enjoy giving talks. And it’s helped me in my social life as well!”

The “Self-Confidence!” Self-Hypnosis & NLP program will help you:

Alan B. Densky, CH is a certified consulting hypnotist and NLP Practitioner. His eCommerce site offers self-confidence hypnosis CDs. His Self Confidence program was tested by Personal-Development.info in England. Visit him for Free hypnosis & NLP newsletters and MP3s.

He is the developer of the Neuro-VISION Video Hypnosis Technology. The concept is so effective that the US granted a Patent to protect it. Mr. Densky offers a complete line of Ericksonian Hypnotherapy & NLP CDs, DVDs, & MP3s as well as free hypnosis newsletters and MP3 downloads.
View all posts by Alan B. Densky, CH →
This entry was posted in Confidence Building. Bookmark the permalink.