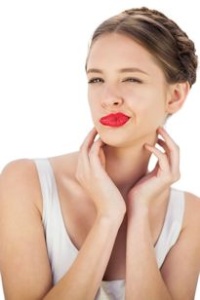 It’s something he doesn’t understand and can’t control. Sure, he’s talking about rock ‘n ‘roll, but it’s a feeling every person with a facial tic has experienced. Tics can affect anyone, but are most commonly found as facial tics in children; these are facial twitching or nervous tics. Facial tics is a tics disorder that causes rapid eye movements, blinking, squinting, and mouth or nose wrinkling or twitching, even grunting.

There is a successful tics treatment for facial tics in children and adults.

Specially created hypnosis CD’s for anxiety combined with Neuro-Linguistic Programming (NLP) have been used as a facial tics treatment to lesson and in many cases completely eliminate this disorder.

Facial twitching is tough for an adult. However, facial tics in children are the most common. As you can imagine, the effects are often more devastating. A child in a classroom suffering from nervous tics has no control over winking at the teacher, or worse, facial grimacing or grunting during interaction with peers.

How does hypnosis for eliminating facial tics caused by anxiety work? 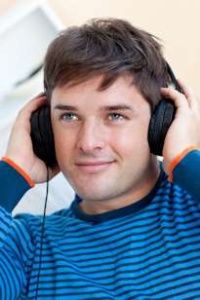 Hypnotic programming eradicates the thoughts that trigger the anxiety and bring on the nervous tics. Each day the client listens to one or more sessions on the CD’s. These sessions induce a state of peace and tranquility.  The client learns how to recreate a complete feeling of relaxation throughout the day in any situation.

“Peaceful Face!” is a successful and proven treatment method available on both CD’s and as MP3 Download files. It includes 6 different sessions, and was developed specifically for treating facial tics in children and adults. It is safe for young children and designed so that a child as young as seven can understand the treatment.

The client will never have to be tormented by the stress of waiting for their facial twitching to reappear again. Help your child leave behind the social pain of facial tics and regain the joy of childhood.

Author’s note: These techniques are even more effective for facial tics in adults. 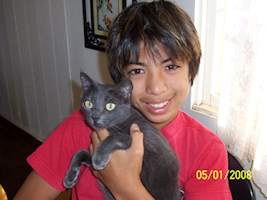 Twelve-year-old, Jason developed such a facial twitching. He couldn’t relax, because he was constantly worried about his nervous tics and always preparing himself to try to control them.

Jason’s mother purchased the “Peaceful Face!” Facial Tics NLP And Hypnosis Audio Program and he began to listen to the six CD sessions every night while lying in bed.

His mother reported that his tics disorder immediately calmed from a tic once every few seconds to a tic a few times an hour. He had previously experienced difficulty sleeping (which adds to anxiety). When listening to the CD’s in bed he was falling into a deep sleep within moments. In his mom’s exact words, “It is AMAZING!”

Background Information on the Different Types Of Hypnosis 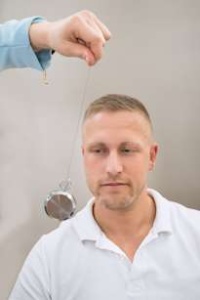 The use of a pendulum is a metaphor for Traditional Hypnosis. While you can be hypnotized with this technique, modern hypnotists rarely use this method.

Almost all hypnotists will use a traditional form of hypnosis. Traditional hypnotism invariably utilizes a ritualistic hypnotic induction. This is a practice that guides the patient from the normal waking state, into a deeply relaxed trance.

When the patient is in a hypnotic state, the consulting hypnotist offers a list of post-hypnotic suggestions like these commands: “As each day goes by, you will find yourself becoming a more relaxed person. And as you become, and as you remain more relaxed, you will find that your face stays relaxed and peaceful.”

This kind of hypnotism is okay for people who like to be told how to behave. However, it’s counter productive for anyone who is analytical in nature. An analytical smoker will almost always have a polarity response which means they will do the opposite of what they are told to do.

Process Instructions direct the subconscious to discover a memory of an appropriate learning experience from the past, and use that experience to make a change in one’s present, like coping more effectively with stressful situations.

With “Ericksonian Hypnosis,” we use stories, called metaphors, to add suggestions and ideas to the subconscious mind. This is an effective procedure, based on the fact that it effectively eliminates the blockage of and resistance to suggestions that is often triggered by the conscious mind. There are two different kinds of metaphors: “Isomorphic,” and those of the embedded command or “interspersal” nature.

Isomorphic metaphors give direction to the subconscious by telling a anecdote that offers a moral. The subconscious draws a one-to-one connection between elements of the tale and components of a problem issue or negative behavior. By unconsciously drawing a connection, it uses the moral of the story to cause the client to adopt a new point of view, which in the case of facial tics, makes them a much more relaxed person and diminishes or eliminates the tics.

With Neuro-Linguistic Programming, instead of repeating post-hypnotic commands, we utilize the same thought procedures that are creating a symptom (in this case anxiety and facial tics), to diminish or eliminate the anxiety and facial tics. NLP in the hands of an experienced practitioner can be very effective. I use numerous different Neuro-Linguistic Programming practices in my professional practice, as well as in my CD programs.

Example of an NLP Technique

NLP Anchoring: Did you ever listen to an old song and have it trigger feelings from your past experiences? When you originally heard the song, you felt those emotions, and they became unconsciously tied to the sound of the song. So the music became an Anchor for the emotions that you were feeling. Now when you listen to that song, it triggers the same feelings again.

Anchoring can be a very useful NLP technique. For instance. Find a memory of a time or experience that you had in the past, where you felt completely at peace. If you step back inside of that memory, you’ll re-experience those feelings of peace that you had at that time. If, as you re-experience that peace, you press two fingers together, {say your thumb and your index finger}, that touch will become associated with that feeling of peace, and an ‘anchor’ for those feelings.

At a later date, if you begin to feel tense, and you start to twitch, just press the two fingers together again and you will trigger that feeling of peace again. You will feel more relaxed, and the facial twitch will stop. 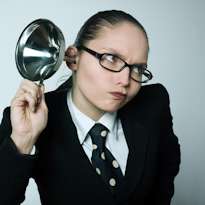 With “Subliminal” techniques, the CD has two unique tracks. Track one consists of a cover sound that the conscious mind hears. The cover sound could be anything from nature sounds to music. The purpose is to entertain and distract the consciousness. The second track has direct commands that are listened to by the subconscious mind. The commands are repeated hundreds of times during a session.

Unfortunately, with ‘Silent’ subliminals, it is very doubtful as to whether or not the unconscious mind actually hears those suggestions at all. In my humble opinion, (as well as the opinion of many experts in the field), I just do not believe that ‘Silent’ subliminals work at all. 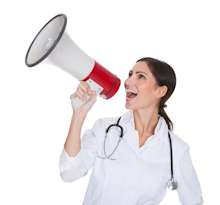 News Flash on Subliminals: Newly released ‘Threshold Subliminals’ offers a technology that does work. Dissimilar to “silent” subliminals, because if you listen carefully, you can consciously hear the affirmations.

The client focuses his attention on the cover sound, which can be which is generally music, a nature sound, or binaural beats, and that sound distracts the conscious mind, so that the positive affirmations are easily sent into the subconscious mind. The results can be fantastic! 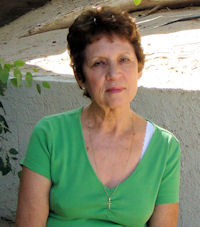 My name is Jo Ann Darby and I have just completed the Peaceful Face CD’s. I wanted to let you know of my experience.

In the beginning I was actually desperate with a way to get rid of my facial tics. Eventually I went on the internet and found out about your program. At first I was very skeptical I must admit and wouldn’t order them without talking to my family doctor about them. He asked how much they were and when I told him the price and informed him as to how much I knew about the program, he told me to “Go For It”. He said he loved when a problem with a patient can be taken care of without having to use medication. After receiving the program and using it for two weeks I had another appointment with him.

I was actually astonished that after the very FIRST session I noticed a remarkable difference and I can proudly say that my tics are now almost completely gone and I can get back to enjoying life. I had been so embarrassed that I had quit going to any social functions and even gave up being with friends. I’m a different woman thanks to your program. I intend to continue using the CD’s weekly and/or as needed.

I also wanted you to know that my doctor asked me to bring in the information for your different CD’s so that he can recommend them to other patients who have the problems that your CD’s address.

I liked the program….I think it was the best money I have ever spent!!

Alan B. Densky, CH is a certified practitioner of hypnosis and NLP. He opened his professional practice in Feb. 1978, making him a modern pioneer in the field. He offers facial tics treatment hypnosis programs that have helped thousands of clients in dozens of countries to successfully eliminate their facial tics.