Have you ever wondered why there are so many different hypnosis techniques? It’s because everyone thinks in a slightly different way. No two people think exactly alike.

A mosaic of different! Everyone thinks in a slightly different way. No two people think exactly alike.

It makes sense then. For hypnosis to be effective, it would have to be versatile for all those unique minds.

How does hypnosis work for so many different ways of thinking?

The best results will be achieved by utilizing a blend of many different methods and techniques to reach the unconscious mind. Successful hypnotherapy comes from using a mosaic of methods. This is especially true when using recorded hypnosis CD’s and MP3 downloads. 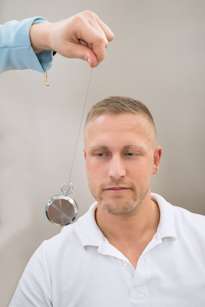 Traditional Hypnosis is the oldest and most well known type of hypnosis techniques. Direct suggestions are made to the unconscious mind.

There are much more modern hypnosis techniques that work far better for today’s generation! People today are taught to question everything. Not to follow the flock.

Ericksonian Hypnosis and NLP are methods that work well for critical thinkers. These methods take years of training and study to apply effectively. So when you are searching for an effective hypnosis program, be sure your consulting hypnotist is a highly experienced professional. 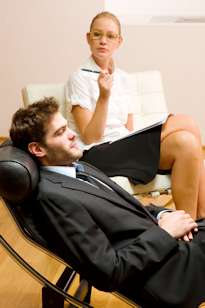 Ericksonian Hypnosis is based on the work of Milton Erickson, MD, the father of modern hypnosis. One of Erickson’s hypnosis techniques was to tell his patients stories, called metaphors. The patient’s conscious mind is distracted by the story. The distraction allows the suggestions that are embedded in the metaphor to slip past the critical conscious mind, and into the unconscious mind. This method usually eliminates conscious blocking and resistance.

Dr. Ericksonian also used conversational hypnosis. He would embed suggestions directly into his conversations with his patients. He was a natural hypnotist, and was able to construct his metaphors and conversations “on the fly”.

Two types of metaphors are used, Isomorphic metaphors and the Embedded Command technique.

Isomorphic metaphors tell a story that ends with a moral. The person’s unconscious recognizes the story elements in relationship with their problem situation. 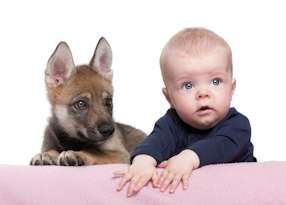 For example, “The Boy Who Cried Wolf” is an Isomorphic metaphor. It has been used for years to help children realize that lying could lead to disaster. Within the unconscious mind, a parallel is drawn from the story about a boy lying, to the negative behavior of the child who is listening to the story.

The Embedded Command technique also uses a story. The hypnotist tells an interesting story that engages and distracts the conscious mind. Hidden suggestions within the story (or conversation) are usually accepted by the unconscious mind.

Another newer therapeutic methodology (which emerged in the 1970’s) is Neuro-Linguistic Programming (NLP). NLP contains a long list of techniques which are based on using thought patterns that already present.

For example: The “Flash” is a powerful technique that can actually flip reactions to triggers around within the unconscious. It doesn’t use suggestions. The same thought patterns that have created a problem are used to eliminate it.

The NLP Flash technique is great for extinguishing conditioned responses. Two common conditioned responses are: Craving a cigarette after dinner; or craving a snack as you watch television. The Flash causes the unconscious mind to automatically exchange the internal images which are triggering the cravings, for images that eliminate your cravings. It effectively stops the urge.

70% of people learn faster and better by seeing, rather than hearing. But some people find it difficult to visualize new behaviors.

Neuro-VISION® is a trademarked video program that is based on Neuro-Linguistic Programming. These Video programs are highly effective. Did you know that when you are watching television, you spend approximately two-thirds of that time in the relaxed alpha state? The alpha state is the same state you enter when you are hypnotized. You are effectively being hypnotized by watching TV. It makes sense to use that state to your advantage.

Neuro-VISION® is a computerized video. Visual movies are used to teach the mind to automatically change feelings and visual associations.

Computerized digital optics are used to free you of your compulsions, urges and tensions.  A smoker will be able to quit without willpower. An over-eater will be able to live life without the cravings and compulsions. This program brings lightning fast results, often with the first viewing! 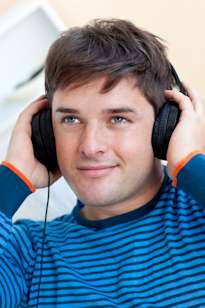 Most people are familiar with subliminal programs. Silent subliminals contain two tracks. The first is the cover sound, anything from music to nature sounds. The second track contains direct suggestions.

A new technology called Threshold Subliminals does work. There is still a cover sound, but the suggestions are not totally buried or silent. You can hear them if you listen carefully. The listener’s conscious mind is merely distracted by the cover sound. Then positive affirmations are injected into the subconscious mind. This is how Ericksonian hypnosis works.

You may wonder, does hypnosis work as well if I use self-hypnosis techniques? Is it safe?

Self-hypnosis is completely safe. Hypnosis is actually an ability within the subject; you. All hypnosis is really self-hypnosis. In hetero-hypnosis, the hypnotist merely guides the subject in the use of his own ability, self-hypnosis. You cannot become stuck within hypnosis. The worst that than can happen is that you fall into a natural sleep. When you awaken, you will be out of hypnosis.

Choose a good program created by an experienced professional. In most cases you can achieve the same great results with self-hypnosis techniques on CD or MP3 as you can with personal (expensive) hypnosis sessions with a hypnotist.

If you still wonder, does hypnosis work? Why not try it out for yourself?

Alan B. Densky, CH is a certified consulting hypnotist and NLP Practitioner. He opened his hypnosis practice in 1978, making him one of the modern pioneers in the field. He runs the Neuro-VISION Video Self-Hypnosis website. Mr. Densky offers a full catalog of effective multi-session hypnosis programs. Each program features a mix of Traditional Hypnosis, Ericksonian Hypnosis, and Neuro-Linguistic Programming.

When Only The Best Will Do
Custom Made Hypnosis CD’s