The signs of depression have been around for a very long time.

You can look at history and find signs of depression hundreds of years ago. Abraham Lincoln has been described as suffering from a “profound melancholy” throughout his life. Abraham Lincoln’s law partner, William Herndon, said,

“His melancholy dripped from him as he walked.” Throughout history, the signs of depression were misdiagnosed. People suffering were treated poorly. In the middle ages, depression was sometimes mistaken for possession by an evil spirit. Thankfully, we have come a long way toward a cure for depression, since the first mental asylum in the United States opened in 1773.

When life is going wrong,
when stress engulfs you, when tears flow down your eyes,
just give me a call:
because I sell tissue papers! *

According to the National Institute of Mental Health, signs of depression can include:

Nearly one in four people suffer from depression sometime in their life. Very often anxiety is one of the signs of depression, because it will accompany depression. Anxiety depression or just depression can be caused by: Life events; genetics; health problems; and even seasonal affective disorder. Nearly one in four people suffer from depression sometime in their life. Women are more likely to suffer than men. Men and women show different signs of depression.

More than 20 million people in the United States exhibit signs of depression.

“There are wounds that never show on the body that are deeper and more hurtful than anything that bleeds.”
Laurell K. Hamilton, Mistral’s Kiss In their search for a cure for depression, 50% of the people who suffer from signs of depression don’t achieve relief after their first treatment. Depression help can be daunting. Prescribed medications have side effects. Some meds can change your whole personality. Anxiety depression can stop you back from talking to a professional or participating in therapy.

For help with his signs of depression, Abraham Lincoln often told jokes or stories. He was once heard saying that the laughs were needed for his survival.

Today, we know that medical science has discovered that melancholy comes from the unconscious mind. Thankfully there is a cure for depression that is fast, easy and relaxing.

Hypnosis for depression uses visualization and suggestion techniques. Neuro-Linguistic Programming is used to redirect the mind to thoughts that relax and give strength, rather than sadden. NLP actually changes what our minds are focusing on. This technique has helped millions.

There Are Many Different Types Of Hypnosis Using a pendulum to induce hypnosis is metaphorical. It is possible to use one, but in reality, professionals rarely do.

Most hypnotists will utilize a traditional form of hypnotism. Traditional hypnotherapy typically uses a formal hypnotic induction. This is a methodology that guides the subject from the waking state, into a relaxed hypnotic state. Relaxation is the very essence of hypnosis. Hypnosis helps to reduce and eliminate the signs of depression.

Once the client is in a state of hypnosis, the hypnotist makes a series of direct commands similar to these post-hypnotic suggestions: “You will begin to think about the things that are currently distressing you, less and less each day. You’ll find yourself thinking more and more about the things that have helped you to find happiness in your life.”

This type of hypnosis is okay for anyone who likes to be told how to behave. However, it is a terrible technique for subjects who are highly analytical in nature. An analytical smoker will usually have a polarity response which means they will do the reverse of what they are told to do.

Process Instructions tell the subconscious to find a memory of an appropriate experience from the past that taught you to focus on the bright side of things, and use that experience to make a change in your present point of view.

With “Ericksonian Hypnosis,” we use little stories, called metaphors, to insert ideas and suggestions into the unconscious mind. This is an effective technique, because it effectively abolishes the resistance to suggestions, which is often triggered by the conscious mind. There are two types of metaphors, “Isomorphic,” and those of the embedded command or “interspersal” nature.

Isomorphic metaphors offer instructions to the subconscious by telling a anecdote that offers a moral. The subconscious draws a one-to-one association between points in the story and elements of a problem situation or behavior.

With the Embedded Command technique, the hypnotherapist tells an interesting anecdote that diverts the conscious mind. The story contains buried indirect suggestions that are generally accepted by the subconscious mind.

With Neuro-Linguistic Programming, in place of giving suggestions, we employ the same thought procedures that are creating an issue, like stress or depression, to eliminate the the same depression causing thoughts. NLP in the hands of a proficient practitioner can be very effective. I utilize several different Neuro-Linguistic Programming (NLP) procedures in my professional practice, and in my prerecorded programs.

NLP Anchoring: Did you ever listen to an old song and have it trigger feelings from your past experiences? When you initially listened to the song, you felt those feelings, and they were unconsciously connected to the song. So the song became an ‘Anchor‘ for the emotions that you were feeling. Now when you hear that music, it triggers the same emotions again.

Anchoring can be a very beneficial practice. Suppose that you have a memory of being in a very happy, relaxed, an tranquil time and place in your life. If you go back into that memory, you’ll re-experience the same feelings that you felt at the time of the original experience. If you press two fingers together, say your thumb and your index finger on your left hand while you re-experience those feelings of self-esteem, that touch becomes an anchor for those feelings.

NLP Flash: This is a super powerful NLP practice that can be employed to “flip” things about in the subconscious mind, so that thoughts and experiences that previously triggered feelings of anxiety or stress actually trigger peace instead. This Technique is the most effective programming technique for relieving stress, depression, and breaking conditioned responses.

NLP Reframe: Reframing is a effective practice for helping a person to adjust their behavioral patterns. We must respect that there is a secondary gain accomplished by all behaviors. The outcome is always essential. However, the behavior that is employed to achieve that outcome is unimportant inconsequential.

With Reframe, we do a negotiation with the subconscious and have it accept responsibility for causing the client to unconsciously substitute some other behavior that is as effective and available at achieving that positive outcome, but is more consciously acceptable to the individual.

The Belief Change Pattern can be used to modify the way that a person ‘sees’ a situation in their mind’s eye. Therefore, it’s entirely possible to lead a person into believing whatever she needs to believe to feel better. In addition, when negative beliefs are causing depression, using this pattern, it is possible to quickly change those beliefs into doubt. This will decrease of eliminate the depression.

With “Subliminal” audios, the CD has two unique tracks. Track number one has a cover sound that the conscious mind hears. The cover sound can be any sound from nature sounds to music. Its purpose is to distract the consciousness. Track two has direct suggestions that are listened to by the subconscious mind. These suggestions are repeated hundreds of times throughout a listening session.

Subliminals can be used to augment hypnotic programs. But Subliminals will never replace Hypnosis CD’s because they are not as effective! They don’t even come close!! Studies have claimed that it will take up to 80 hours of listening to a subliminal MP3 for it to have an effect on many people. Many experts believe that the standard ‘Silent’ Subliminals, have no effect whatsoever. 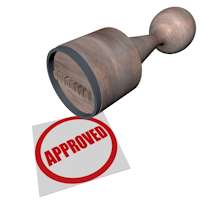 Update on the effectiveness of Subliminals. Recently released ‘Threshold Subliminals’ offer a method that does work. In contrast to “silent” subliminals, when one listens carefully, you can consciously hear the suggestions.

The listener focuses on the cover sound, which can be a nature sound, binaural beats, or any type of music, and that sound amuses the conscious mind. so that the positive suggestions are easily sent into the subconscious mind. The results can be fantastic! 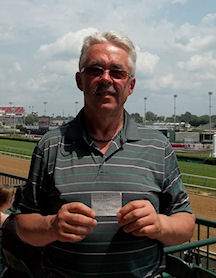 Faron S. knew that a situation had triggered his severe anxiety and depression. He also knew that his abusive childhood was the root cause. He went to therapy and tried medication. Nothing worked. He found the “Relax in a Flash!” hypnosis for depression program on the internet and tried it. After only six weeks, Faron felt much better. Hypnosis for depression removed the toxic thought patterns developed in his childhood. It gave him his life back.

Alan B. Densky, CH is a certified consulting hypnotist and NLP Practitioner. Mr. Densky began his career in 1978, and has helped thousands of clients over the years. He offers self-hypnosis CD’s for a wide variety of topics including hypnosis for depression treatment, stress management, weight loss, smoke cessation and self-confidence. www.Neuro-VISION.us

He is the developer of the Neuro-VISION Video Hypnosis Technology. The concept is so effective that the US granted a Patent to protect it. Mr. Densky offers a complete line of Ericksonian Hypnotherapy & NLP CDs, DVDs, & MP3s as well as free hypnosis newsletters and MP3 downloads.
View all posts by Alan B. Densky, CH →
This entry was posted in ADD, Depression. Bookmark the permalink.