How To Quit Chewing Tobacco Painlessly

Have you wondered how to quit chewing tobacco without discomfort or willpower?

How to quit chewing tobacco as easily as possible is a question that is on many tobacco chewer’s minds. Anyone who has ever been addicted to nicotine knows the love and hate relationship. You love it because it gives you the pleasurable feelings you are looking for. You hate it because it’s a nasty habit that drags you around. That’s not even to mentioning the health problems it will cause. Plus, quitting is painful. Do you wonder how to quit chewing tobacco without the pain? 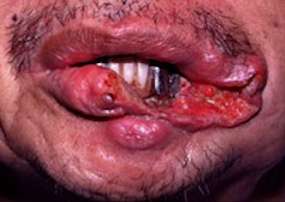 The National Cancer Institute, the National Institutes on Drug Abuse, and the American Cancer Society sponsored research. Their research indicates that using smokeless tobacco creates a severe danger of exposure to higher amounts of cancer-causing compounds than smoking cigarette does.

Nicotine makes its way to the brain in less than 10 seconds.

Nicotine makes its way to the brain in less than 10 seconds. There, it causes a flood of dopamine. Dopamine gives you a feeling of pleasure or calm. Nicotine also stimulates adrenaline production. This gives you both a feeling of energy and peace. Your body becomes dependent on these reactions, not just the nicotine.

Quitting smokeless tobacco can be much more difficult than quitting smoking. Especially when you take into account most users start far younger than smokers. Eight to ten dips a day equals 30 to 40 cigarettes a day!

The U.S. Department of Health and Human Services reports the average age for the first use of smokeless tobacco is 10 years old.

Side Effects of Quitting Chewing Tobacco Can Be: 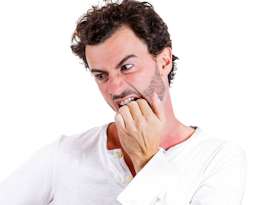 Health problems such as oral or gastrointestinal cancer have been known to appear in young users before they even reach their twenties. Most of these cancers have no known cure. Those struck by this type of cancer are usually left maimed by surgery, if they live.

Traditional methods can help you when you decide to stop chewing tobacco. The nicotine addiction makes up only part of the addiction. Nicotine addiction is broken after seven days of abstinence. The psychological addiction however is much stronger. It takes much more effort and a longer time to break.

“It’s easy to quit. I have quit at least a hundred times.”
-Author Unknown

The Things You Do Daily While Having Tobacco Trigger a Craving.

Along with your addiction to the nicotine, you have developed conditioned responses. These mental connections psychologically tie you to your habit. You may associate a need for tobacco with getting off work, turning on the TV, or finishing a meal. The things you do daily while having tobacco end up triggering a craving. The habit is ingrained. This is what makes breaking the addiction to chewing tobacco so difficult.

90% of a tobacco addiction involves mental and emotional components.

How to quit chewing tobacco if the nicotine isn’t even what is making you so miserable?

How to Quit Chewing Tobacco: Hypnosis to The Rescue

Most consulting hypnotists will use a from of traditional hypnosis. Traditional hypnosis typically utilizes a ritualistic hypnotic induction. This is a process that leads the subject from the normal waking state, into trance.

Once the subject is in a hypnotic state, the hypnotist makes a series of direct suggestions like these. “You will want to stop dipping. If you chew tobacco, it will taste bitter.”

Hypnosis works because it allows new ideas to be funneled directly into the subconscious mind. The subconscious is the seat of our automatic behaviors. Traditional hypnosis is fine for people who like to be told what to do. However, it is counter productive for people who are analytical in nature. Analytical people will generally have a polarity response and do the opposite of what they are told to do. 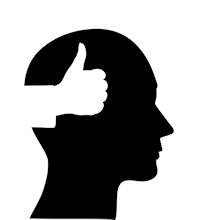 Ericksonian hypnotherapy, performed by a trained professional, is a much more effective approach for people who are analytical in nature. It can be used to ease anxiety and stress. Suggestions are made within conversation and metaphors while the client is in the alpha state. This method helps to bypass the critical thinking that takes place in the conscious mind, so that suggestions make it into the unconscious / subconscious mind. This helps with stress reduction and relaxation.

An innovative therapeutic method called the Neuro-Linguistic Programming (NLP) “Flash” is used to break the unconscious associations between tobacco and the behaviors and environments it has been associated with.

The “Flash” is used to reprogram your reaction to triggers (unconscious associations). So, instead of feeling a craving for tobacco after a meal, you’ll feel a compulsion to NOT chew tobacco!

It’s important to note that there are three prerequisites to successfully quitting tobacco, or for that matter, making any change in a person’s life.

A friend told him about a self-hypnosis program that helped him quit without any weight gain. Tom purchased the “Kick Bacc!” Audio Hypnosis and NLP Program online.

Tom was able to leave tobacco behind while remaining comfortable, without gaining weight. He reports, “Thank you so much for your program – I  feel like it really saved my life!” 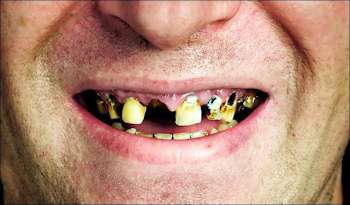 It’s Time For You To KickBacc! Chewing Tobacco

They helped cure me of a disgustingly addictive drug. 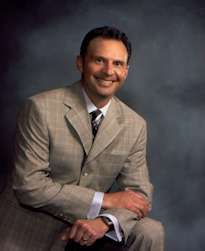 Helping people quit chewing tobacco is an important part of my job being a dentist.

More importantly I was a chewer and needed to listen to my own advice. That is how I discovered your tapes. They helped cure me of a disgustingly addictive drug and I pass that advice along to a lot of my patients.

He is the developer of the Neuro-VISION Video Hypnosis Technology. The concept is so effective that the US granted a Patent to protect it. Mr. Densky offers a complete line of Ericksonian Hypnotherapy & NLP CDs, DVDs, & MP3s as well as free hypnosis newsletters and MP3 downloads.
View all posts by Alan B. Densky, CH →
This entry was posted in Quit Chewing Tobacco. Bookmark the permalink.