How to Stop Smoking Cigarettes Without Withdrawal

Do you wonder how to stop smoking cigarettes. . .

Want to know how to stop smoking cigarettes. . . without dragging around the heavy chains of cravings? Cravings can go on for years after quitting. They are nearly impossible to ignore. Many times the cravings win and you light up a cigarette. You aren’t alone.

Mark Twain was once quoted saying,

“Giving up smoking is the easiest thing in the world. I know because I’ve done it thousands of times.”

That’s how quitting smoking usually goes. Research shows that only 3-5% of smokers quit successfully on their own. With the help of nicotine replacement, that number only goes up to 10% success. This of course is not true quitting, but trading smoking for another habit.

Quitsmoking.com states that 7000 chemicals have been found in cigarettes and cigarette smoke. Of the 7000, 250 are poisonous and 70 are carcinogenic.

The effects of smoking can be devastating.

Statistics show that the use of tobacco results in more deaths in the U.S. than HIV, murder, suicide, motor vehicle injuries, and alcohol and illegal drug use combined.

But you probably knew most of that already. The logical facts don’t change a smoker. They don’t eliminate the cravings.

The dangers don’t outweigh the urge to smoke when you are really craving a cigarette.

If you are reading this you have probably quit over and over. And you’ve thought about quitting thousands of times. You want to know how to stop smoking cigarettes without cravings, and never have to worry about the health concerns again. You are willing to quit, but you are not willing to suffer through withdrawal.

Here’s a quote from John Candy, who thinks he has it figured out:

That doesn’t sound like it’s going to be very successful. 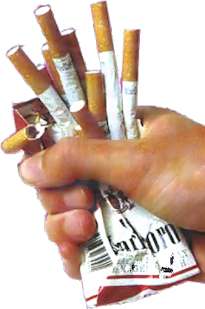 But there is a program with a 90% success rate.

How to stop smoking cigarettes is easy using hypnosis to quit smoking. A properly developed hypnosis quit smoking program will help you to quit without:
1. Feeling excessive amounts of stress
2. Craving cigarettes
3. Eating more and gaining weight
4. Having to suffer through withdrawal

Hypnosis for smoking is easy and effortless. It can be literally as easy as watching TV! Smoking hypnosis will allow you to quit with no willpower. This is how to stop smoking cigarettes for good.

Why is it so hard to quit in the first place?

There are three main reasons, and these are the three components of a Smoking Addiction:

This means that you are 90% mentally addicted to cigarettes and only 10% physically addicted. So it makes sense to use a ‘how to stop smoking cigarettes’ method that stops the cravings in the mind.

Quit smoking hypnosis works because it conditions the part of the mind where your habit is rooted. When you combine hypnosis and video, results become almost automatic.

FYI: Two-thirds of the time you spend watching TV is spent in the alpha state. The alpha state is the same mental state you enter into during hypnosis. You are actually being hypnotized when you are watching TV. Why not use that to your advantage? Simply watch video hypnosis for smoking and join thousand of ex-smokers.

How to quit smoking cigarettes without willpower is as easy as turning on the TV. The Neuro-VISION® Video Quit Smoking Hypnosis Program will let you quit with:

• No Urges or Cravings
• No Withdrawal
• No Struggle
• No Weight Gain

Quit smoking hypnosis gives you the added benefits of:

Neuro-VISION® is so effective that it was awarded a registered U.S. Patent. 90% of clients lost their compulsions to smoke. 70% were still non-smokers after one full year! 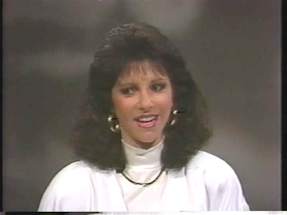 Marie DiStepheno smoked two and a half packs of cigarettes everyday, for twenty-two years. She tried to quit three or four times, but it wasn’t worth it. Every time she quit people hated to be around her. She was nervous and grouchy.

She heard about Neuro-VISION, and liked what she heard. So she tried it, even though she was very skeptical.

Neuro-VISION allowed Marie to quit very easily. She felt great, didn’t want to eat, and had no urge to pick up a cigarette. See and hear Marie’s video review.

Marie says, “I would recommend Neuro-VISION highly to anybody that really wants to quit smoking. It works. I’m proof of it. I didn’t think I’d ever quit. And Neuro-VISION did it for me.”

The only way to effectively quit smoking is to:

Stop wondering about how to quit smoking cigarettes without the suffering.

Hypnosis to quit smoking rewires your thought processes. Eliminate cravings for cigarettes and the compulsion to smoke. Break the chains of addiction for good with hypnosis for smoking. 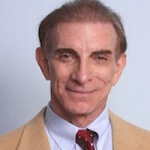